“Ocean Library” is a drawing is of sedimentary rock formations on the Atlantic Coast in Co Clare near Cliffs of Moher, which were originally under sea. Each layer is a representation of a specific event in the life of an ancient delta as it migrated into the sea and can tell a story about the local environment that existed over 300 million years ago when these rocks were formed.

The drawing was made using home made charcoal from driftwood gathered on the opposite shore of Ireland on the Irish Sea.

The subject and material have both been formed by and retain traces of the elemental forces – the ocean, wind, fire and earth.

After watching artist David Begley’s webinar  I had a go at making my own charcoal from driftwood I gathered at Whitestown. It was very hit and miss but I managed to squeeze a decent size box of usable sticks.

I like the unpredictability of the driftwood charcoal – I’ve no idea what kind of wood it is or the kind of mark it will make – there can be a big difference in tones from different woods.

I took a trip west to Doolin, Co Clare and Achill Island specifically to make studies of the rocks, cliffs and waves for this piece. Sitting on the cliffs there you gain a very immediate sense of the constant working of the elements on the landscape. 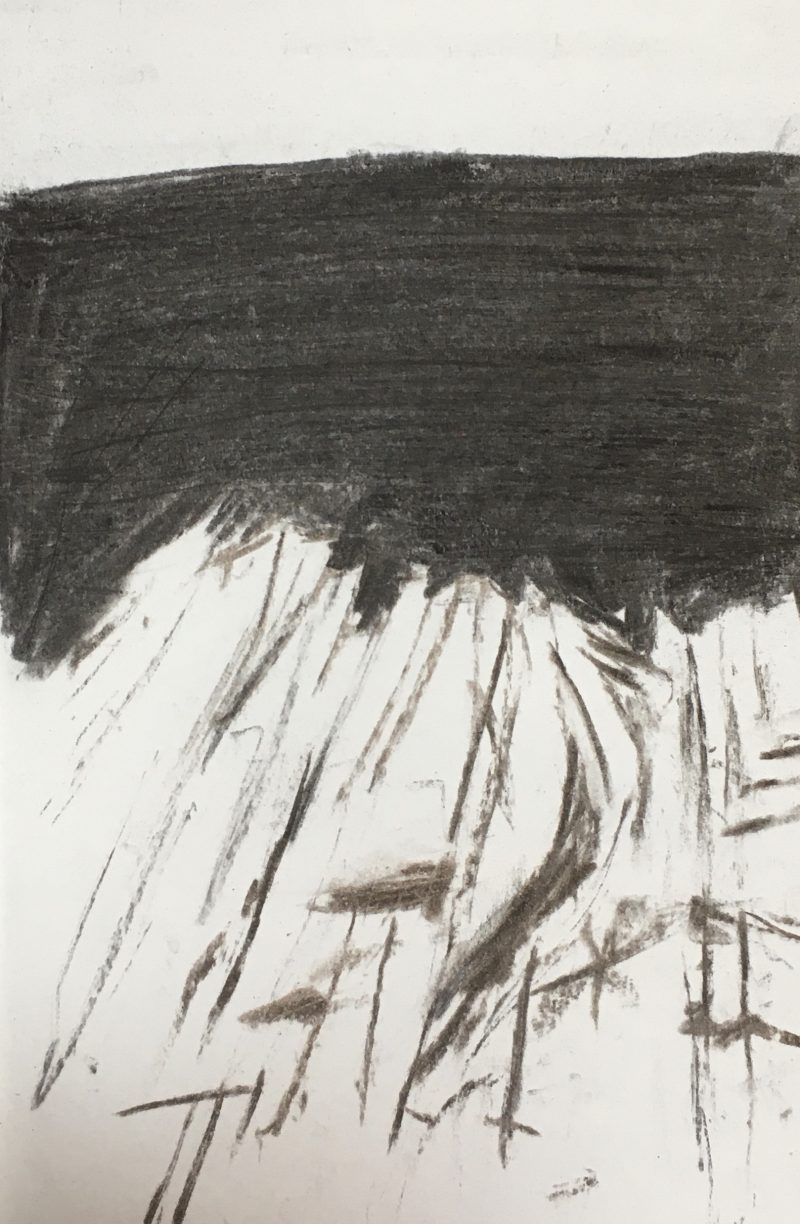 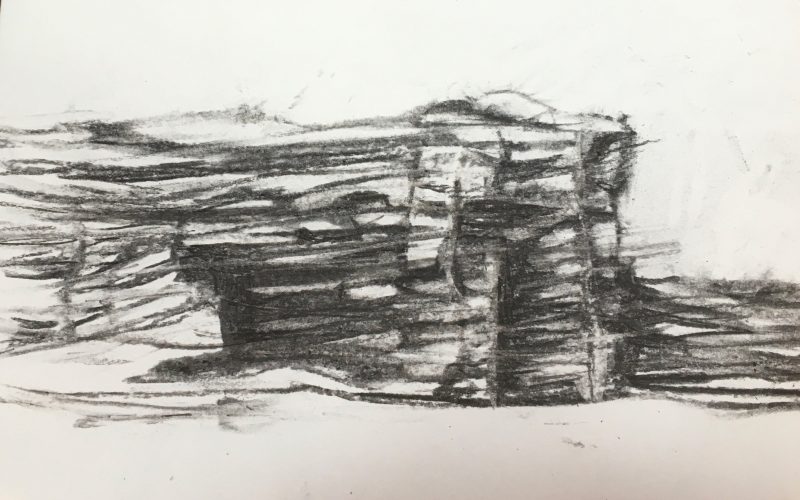 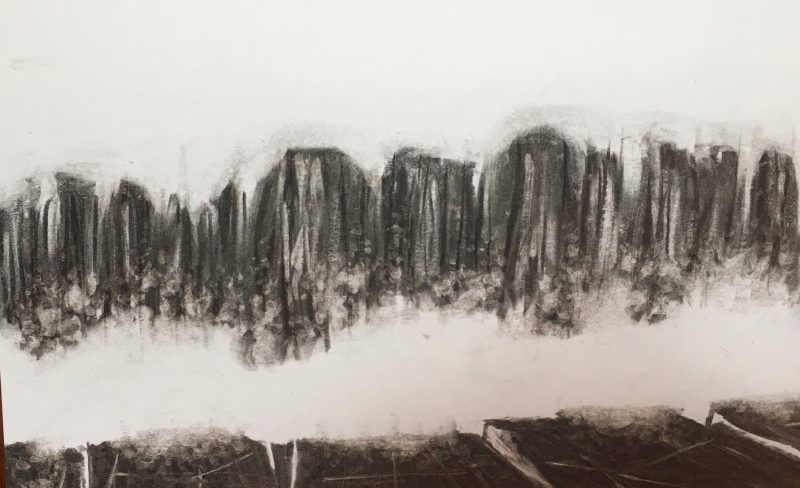 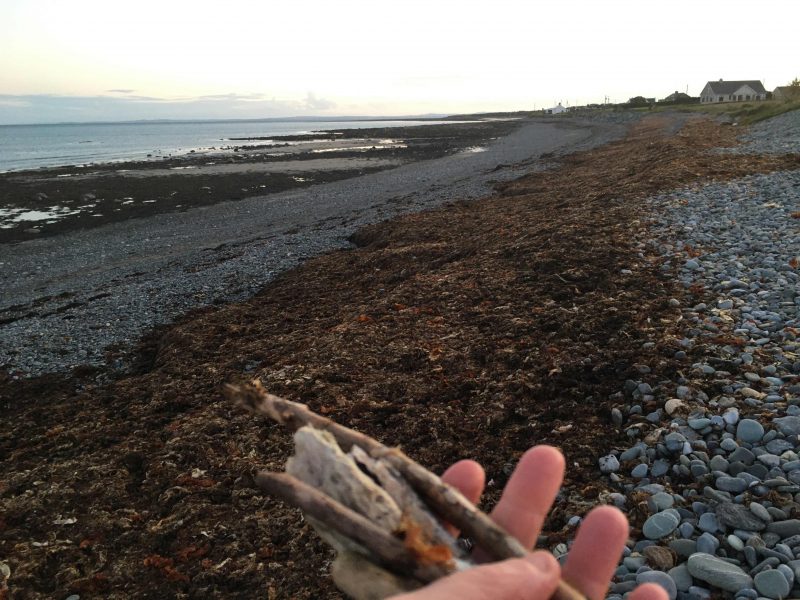 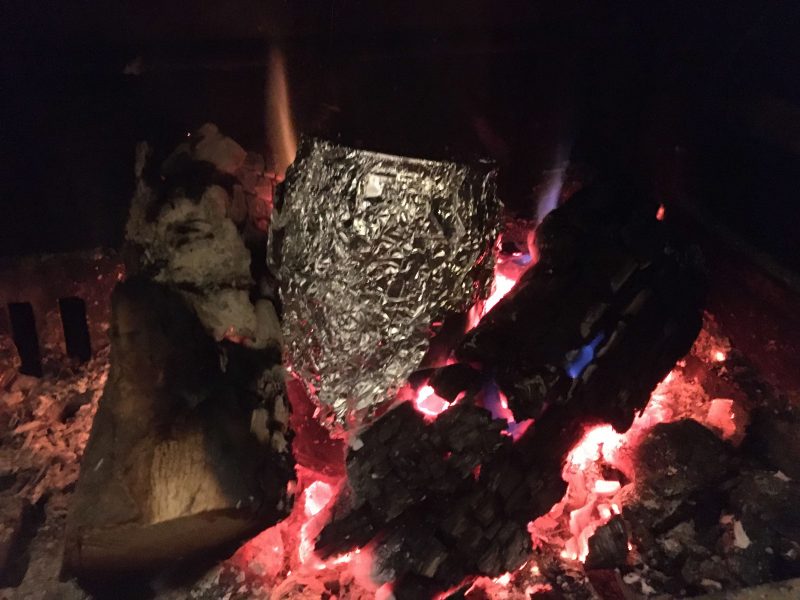 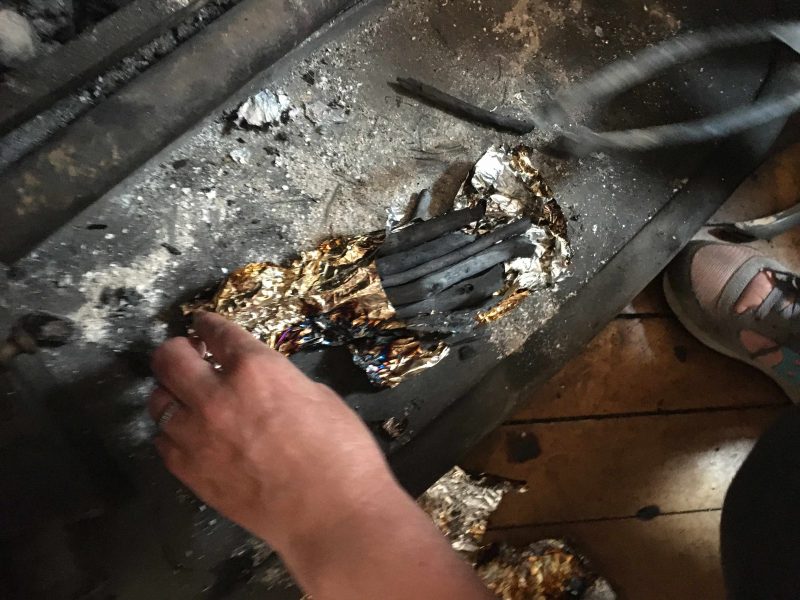 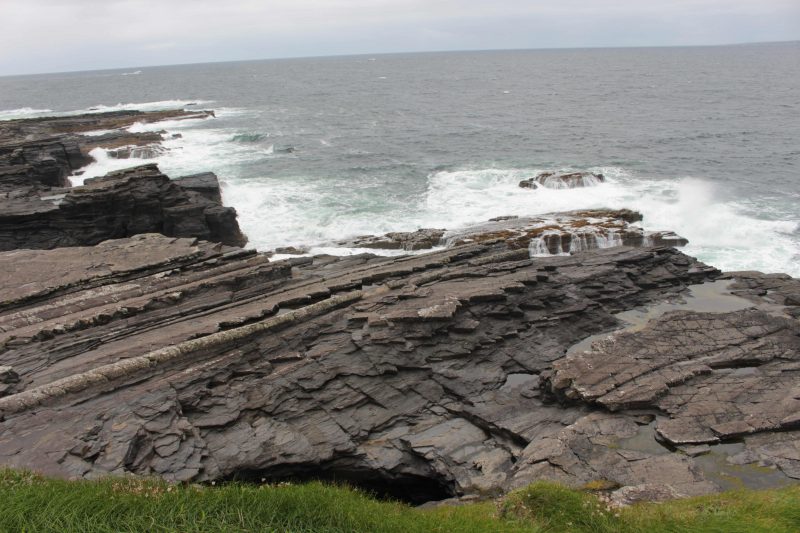