Paintings made in a 12th Century church in France, built partly underground. The rich lapis lazuli blue echoes the heavenly blue of the ceiling of Ste-Chapelle in Paris, the royal chapel of King Louis IX, built around the same time. But here it is transposed onto a rough subterranean country church. 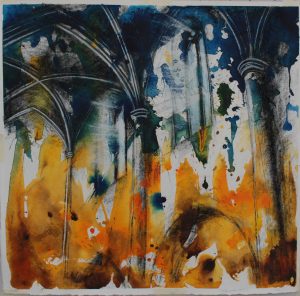 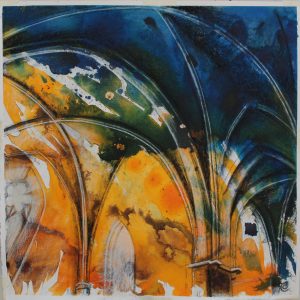 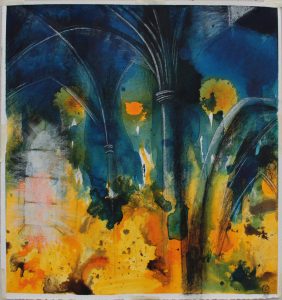 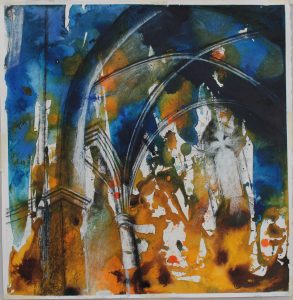 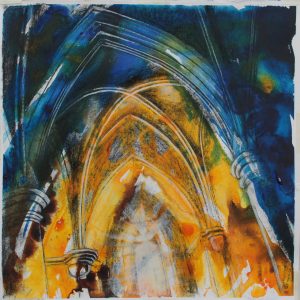 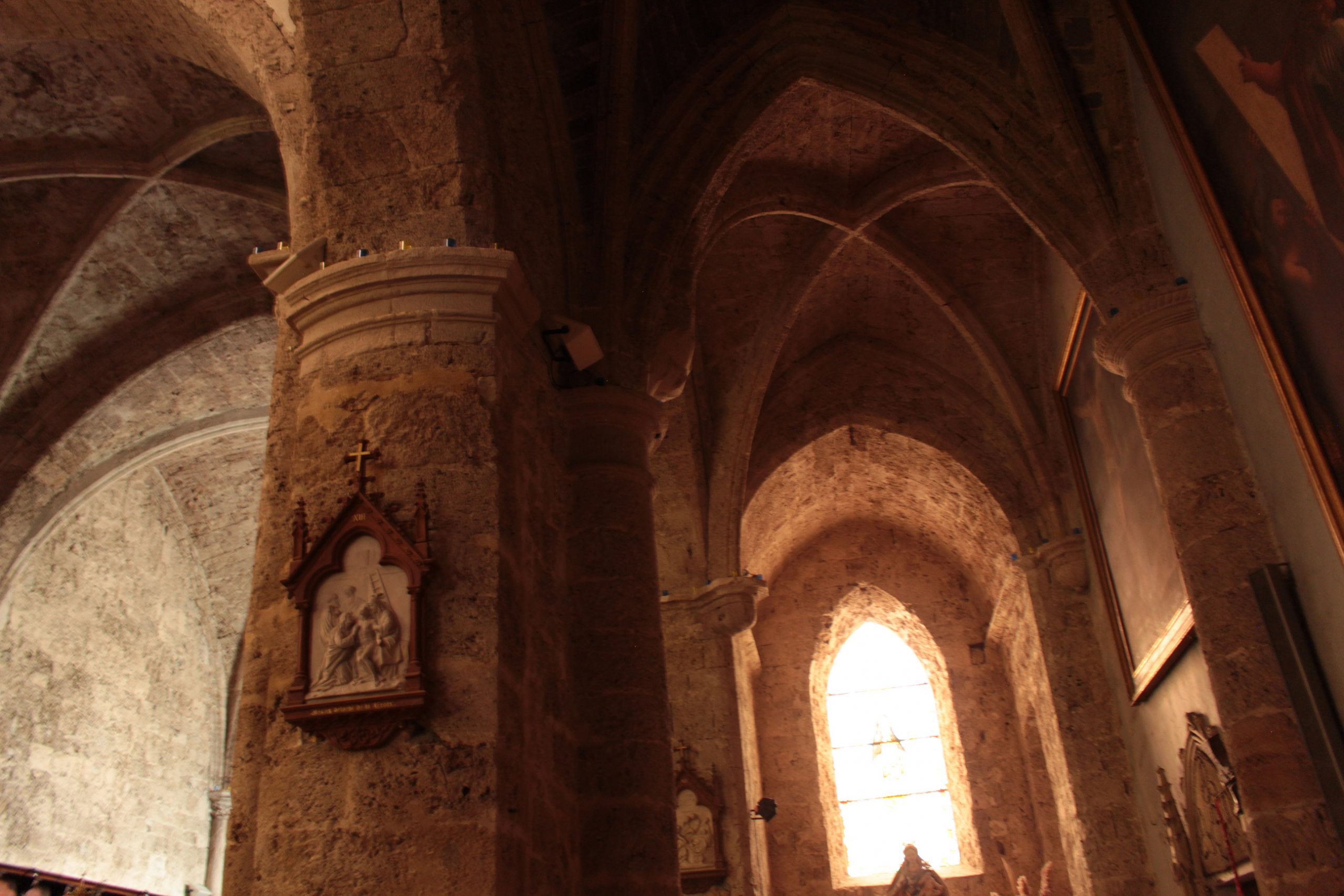 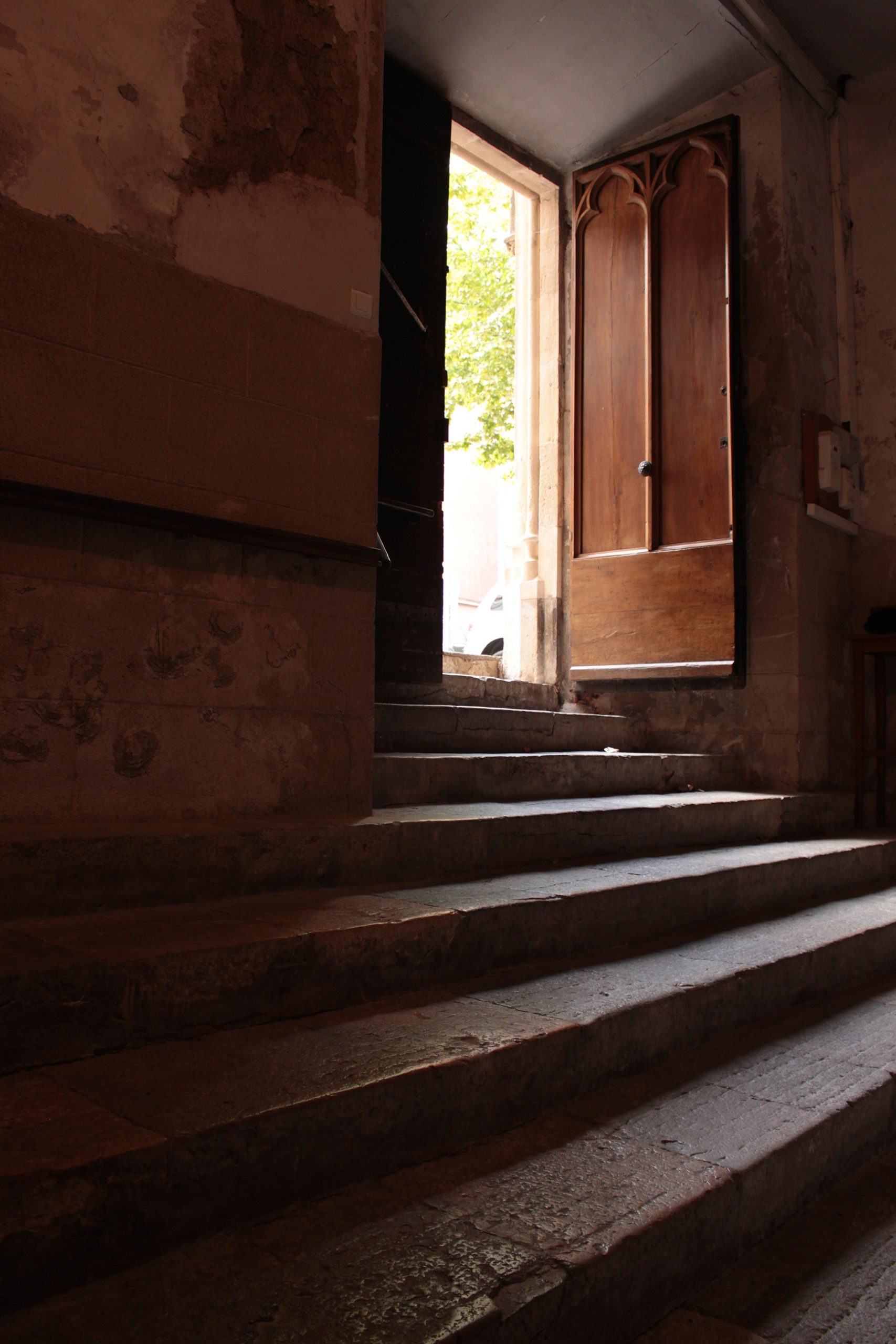 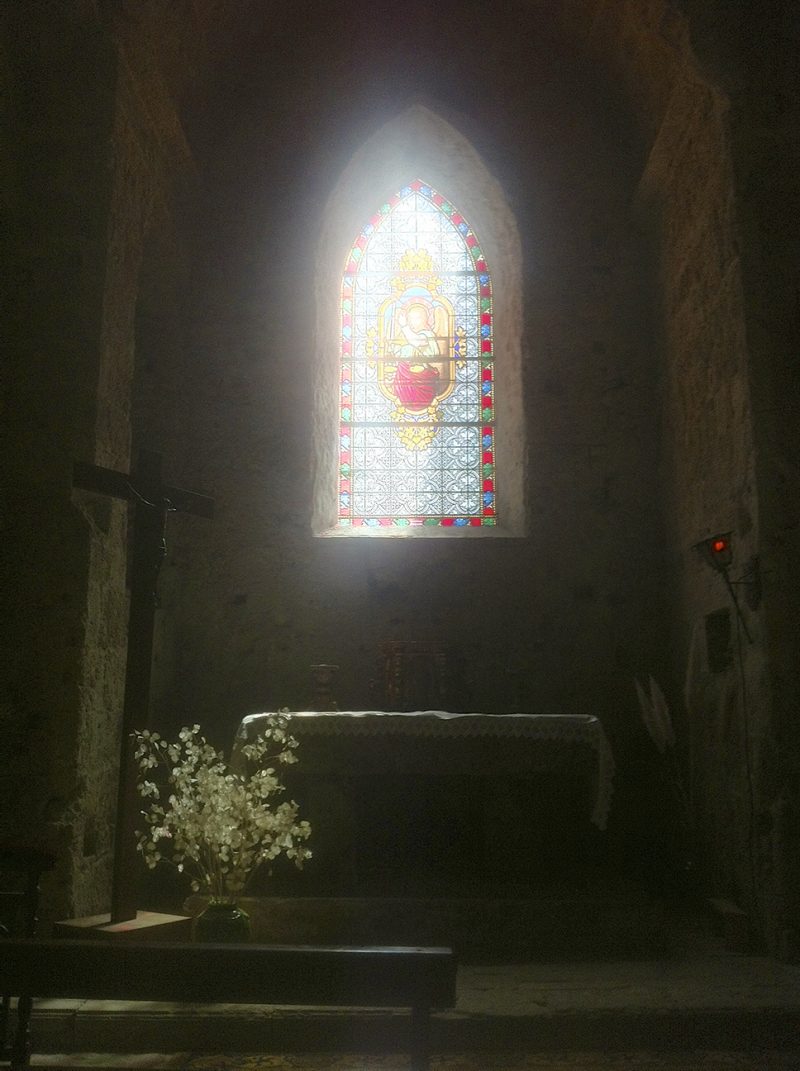 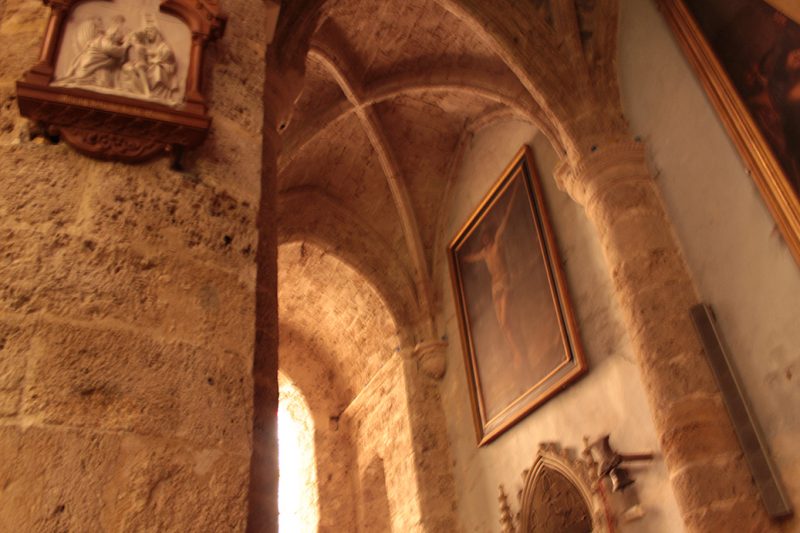